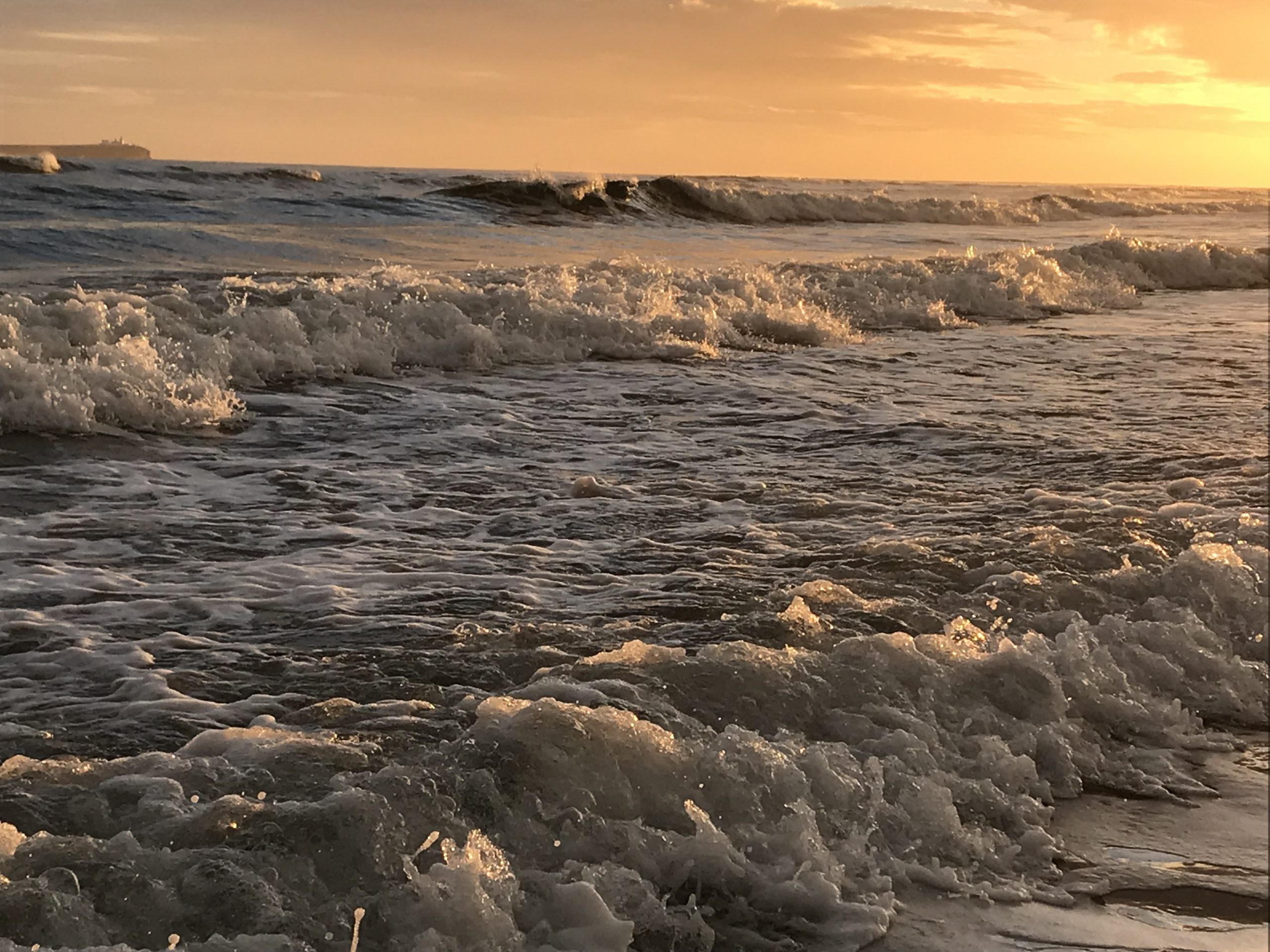 Love was a wave.

The wave had traveled the globe in search of something more than the life it had.

Surely there must be more to life than rising and falling and being dictated to by the bright glowing circle in the sky.

It had tried to ask other waves if they felt the same, but they never stayed around long enough to give an answer.

From watching them the wave thought they looked satisfied enough.

The sounds other waves made when the wind whipped them against the cliffs in far flung places certainly sounded like enjoyment to the wave. Although it did wonder about that, having never had the courage to actually have a go itself.

Instead the wave chose to hang back and watch as other waves moved forward and took the momentum.

The wave had tried to change its shape like some waves in order that they may take the surfers into their very centre, and yet it hung back scared of hurting them.

The wave had also tried to do that thing with the air to make their very edges all white and foamy. But withdrew fearing it would not be able to go back to how it had been.

The wave also envied the other waves who had the confidence to carry large ships towards their destination in their wake.

It was on one such day when the wave had really had enough believing itself useless and unable to do anything all the other waves could.

The wave just didn’t believe it had the courage, the experience, or the expertise.

It was in this heavy and depressing mood that the wave felt itself dragged down.

Dragged deeper than it had ever been before.

If it had felt fear in the past it was nothing to how the wave felt now.

Down and down it went, deeper, darker, colder.

The wave's thoughts slowed right down, as if time itself was starting to move into slow motion.

Until the wave finally came to a stop.

The wave couldn’t see anything; couldn’t feel anything, and was struggling to think anything.

The wave realised it was very tense and tried very hard to relax and allow some space between every fiber of its being.

As it did this, the wave realised that it felt a little better.

As a result the wave continued trying this type of relaxing for the next few … well it didn’t really know what they were really …they could have been seconds, minutes, hours, days or even weeks, all we can say is that as time passed, the wave felt lighter.

The wave practiced very hard allowing space in between every fibre of its being.

The wave couldn’t do it all at once. It had to pick some part of it and focus on that part and just breathe and allow space inside.

It was as if, part by part, it was getting lighter and brighter and...was it in the wave's imagination or was it feeling a little warmer too?

Each time the wave then had to take a breath and start all over again. Slowly working its away around each part of itself.

The wave puzzled over this for some time. It still felt like itself, but the wave somehow knew it was different. The added brightness and added lightness had in some way changed it.

Of course, what the wave had failed to notice was that once it was this different state it had also started to rise. Until finally when the wave neared the surface and noticed its own lightness reflected in the water around her.

The wave came to the surface and took a deep breath and allowed the rays of the sun to warm it.

The wave looked around and could see many waves all with the same lightness and same brightness as itself.

The wave felt an acceptance from the other waves that it had never felt before. An acceptance for who it was and not what it could or couldn’t do.

The wave stayed with the other waves for many moons.

The wave did many things it had never tried before.

The wave especially enjoyed the rushing into caves and being dragged back out with the momentum of those around it.

The wave even had time to perfect the tender holding of surfers as they danced within its very centre.

One day after such an exciting day the wave started to feel different.

The wave started to feel even brighter and even lighter. As if even the very binds that were holding every part of it together were being pulled gently apart.

Having been in the deep, dark and cold place before the wave didn’t consider this scary and even felt some excitement about what was happening. Consequently, the wave simply allowed the transformation to take place. Until it was as if the wave was everything and everywhere all at the same time.

There was certainly more ease, even more light and bright just wasn’t the word for it. The wave just was and realised of course that it had always been all that there is: LOVE.

For other writing that inspires change inside and out do see two poems I've written What is normal or Paths and Destinations.

I'd be delighted to discuss how my writing can be used within your organisation or team(s) to help you get back on track after lockdown. Do get in touch alison@alisonsmith.co or see some recent ideas of webinars and coaching I can offer.